bobby@coloradokayak.com
CO Highwater Recap Part 1: Clear CreekAs anticipated, the huge snowfall of last winter (La Niña I…) led to highwater flows for a majority of this kayak season in Colorado. Especially for the rivers and creeks of northern Colorado and the Front Range.

One of the highlights of the season for me was enjoying our local mini-Payette; that is, Clear Creek. The river ran at over 1000 cfs for more than a month – no rocks in sight! 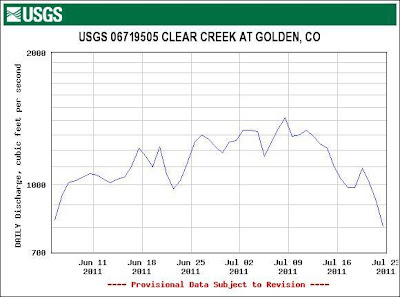 The afterwork classic run, Black Rock, gained a big-water feel and was not to be missed. I will let these great photos capturing a late evening Black Rock rally at near-peak flow tell the story (photo credits: Justin Merritt):

A successful highwater blue angel run through rigo is too good not to celebrate:

Here is a video edit to give some perspective from on the water:

With round two of La Niña (Spanish for “the Niña”) appearing to be on tap for this winter, I can only hope more of this is in store for next year. In the mean time, I am looking forward to some fall paddling in the creekin’ heartland—the Southeast—with the Huckin Duckie and company.

Eastbound + Down: A Preview

How to Safely Go Fall Boating (and Have a Blast!)

3 Days to Plan a 280-Mile Self Support Kayak Trip

What to Wear: Fall Paddling

Why buy a drysuit now?